The NFT industry is growing profoundly and has made various new exciting projects come into existence. Enlighten yourself with the concept of NFT and jump on the bandwagon as it is rewarding in the upcoming years. Many celebrities are already doing it; likewise, you can also pursue the best NFT projects and start investing right now.

NFT has the potential to change the world, before investing one should know what an NFT is and how to invest?

An NFT project is a collection of unique NFTs. The NFT project is produced on a larger scale as compared to an NFT art. An individual artist makes NFT art and trades it on the NFT marketplace. On the other hand, large organizations produce the project and trade it in their marketplace.

Have a closer look at the best NFT upcoming projects.

Crypto punk is one of the latest upcoming projects in 2022. It includes 10,000 unique art images that illustrate humans. There are 87 unique traits of a crypto punk that include, things like pipes, hats, necklaces, eye patches, and much more. Crypto punk can have maximum 7 traits.

Crypto is gaining popularity because of the status symbol that comes with it. They have high rarity value and therefore sell for higher prices on the open market.

Axie infinity was launched in 2018 but is gaining momentum in recent months and is expected to grow exponentially this year.

Axie Infinity is different from most NFT projects as it focuses on how players complete game tasks and stock Axies. Players may employ the Axies to combat each other or for trading.

The parent company of Bored Ape Yacht Club is Yuga Labs. The cartoon apes having different attributes and rarity are featured in the project. There is a collection of unique 10,000-pixel avatars on the Ethereumblockchain. Because of the unique design, it is highly pricey. After CryptoPunks, Bored Ape Yacht Club (BAYC) is the third most popular NFT.

NBA Top Shots is established after partnership between the NBA, the NBA player association, and Dapper Labs. The system operates like trading cards in which basketball fans celebrate their passion by collecting NBA moments. Some moments are rarer in comparison to others. The team can make limited number of NFTs to create scarcity. As a result the rarity of specific moment increases, thereby increasing the financial value.

Art block is a platform where an artist can make generative art and sell on demand. Each product is one of a kind, and before buying, a buyer wouldn’t know how the artwork will look like.The artists use blockchain technology to compile digital elements to create unique NFT artworks.

Clone X is created by RTFK T and Takashi Murakami and is collection of 20,000 3D unique avatars and therefore one of the higher collection counts on the market. It can be used in games, movies, social media, etc. Murakami is widely known for use of vivid colors and its distinct style. Clone X avatars include a blend of Muarakami inspired features and spectacular real life elements from the technology of RTFKT and the Daz 3D platform. 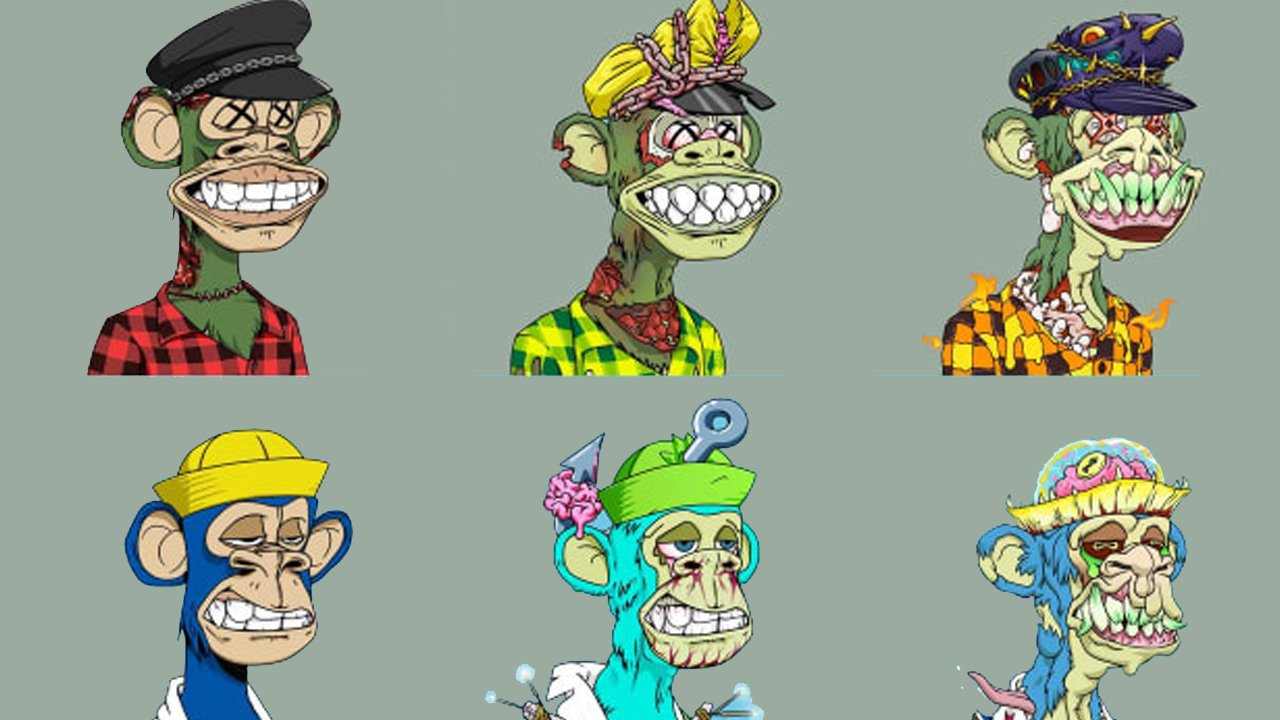 MAYC (Mutant Ape Yacht Club) is a derivative of the Bored Ape Yacht Club NFT project (BAYC).It contains 20,000 Mutant Apes that can be created by giving a vial of “Mutant Serum” to an existing Bored Ape or by minting Mutant Ape as a part of a public sale.

Meebits is a collection of 20,000 3D avatars, which are produced by special algorithm and released to the marketplace. Each Meebit has unique characters. Meebits can be used in the metaverse, virtual reality, or game. It was established by Larva Labs in May 2021and it grew quickly. They are made by same team who made CryptoPunks. Meebits are far more common than CryptoPunks and is in restricted supply.

This project is an inspiration from Japanese style anime. Azuki is an inventionofChiru Labs and includes four unnamed teens. It is launched in early 2022 and created a record of selling 8700 characters in 3 minutes, collecting over 29 million USD. In the next 30 days, it was sold for almost 300 million USD.

The Sand Box has the ability to fascinate millions of players to the crypto and provide appealing investment possibilities. The non-tech savvy users can create, sell, use and monetize own VR NFTs. The Sand Box is expanded worldwide. It provides various investment opportunities for investors outside the Sand token.

We have reviewed the top NFT projects for the year 2022. High-profile names are getting involved in this lucrative trend There is never a better time to invest, just do your research and invest in what appears best to you.

How to Make Money with NFT?

What is an NFT? How does it work? – Explained